(dress: Target, belt: T.J. Maxx, sandals: Target)
Yesterday it was 80+ degrees in Indianapolis.  Beautiful.
Chris worked in the evening so it was just me and the girls.  We did a little thrift shopping and then stopped by the park on the way home.
As we were getting ready to leave, two teenage boys were sitting on a picnic table smoking and yelling curse words (specifically the F word and the S word) for no reason.  They were just sitting at the park next to the playground smoking and yelling bad words.  Ahh, to be a dumb teenager again.
Just kidding, I don’t want to be a dumb teenager again.
As we passed them to head to the car, they continued yelling inappropriate words.  And with my eleven month old it wasn’t something that was going to stick, but Ellie is three and repeats everything she hears.  Everything.
And I know this from experience.
So I asked them to stop yelling those words around kids, it was immature and inappropriate.  One didn’t like my request and let me know.  Being with middle schoolers all day, this was not a shock or something I couldn’t handle.
But here’s what I could not handle: the other kid replied to my request with an embarrassed and apologetic “yes ma’am.”
Yes ma’am.
The worst insult of all time.  I looked at those boys who were probably about 16 or 17 and thought I’m about 10 years older than them–not too much older.
They look at me as a mom with two kids at the park.  An adult, a ma’am.
Maybe I just should have let them keep yelling. 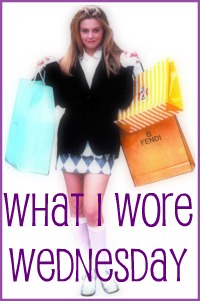